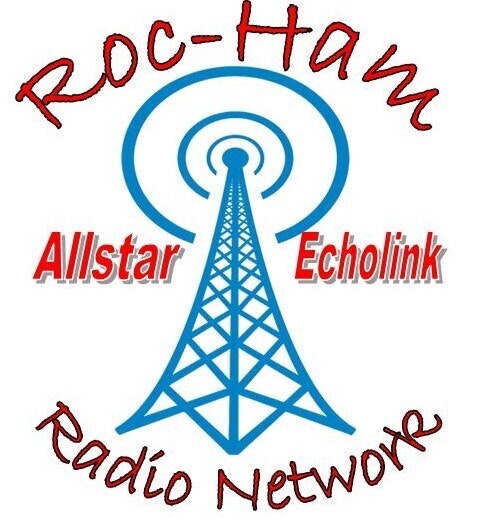 No matter where WORLD AMATEUR RADIO DAY is celebrated, be part of something that’s bigger than all of us.

Come by the original WORLD AMATEUR RADIO DAY Celebration that started in 2015, I came up with an idea to recognize World Amateur Radio Day that nobody else came up with while I was a net controller on another EchoLink Conference. After leaving that conference it was moved to another EchoLink conference where it was welcomed with open arms and since 2015 the event has grown 10 fold. Now that I have my own EchoLink Conference the *ROC-HAM*, the special event now has a permanent home, where I will continue doing what I started in 2015.

This special event is put on to bring people together, celebrate and explore the world of amateur radio. Have great fellowships, makes friends, learn new things, whether your special event is a large one or a small one its all about celebrating amateur radio. So make sure you stop by to one of the LARGEST special events on VOIP/EchoLink on the *ROC-HAM* EchoLink Conference node 531091.

Let’s make this special event even larger, support “WORLD AMATEUR RADIO DAY” and see if we can break the record of 490 check ins, you have 16 hours to do so.

Last year we brought together 490 ham radio operators, many of them from all over the world connecting via different modes, many from different cultures. During this pandemic the theme of “Amateur Radio: Home but Never Alone” certainly lived up to it theme. It was a time where more ham radio licenses were issued than at any other time. Ham radio was a vital link for so many people who had been social distancing from the very beginning. So now its time to celebrate amateur radio and what it means to be part of something bigger than all of us.

So make sure you stop by check in with all the net controllers and grab a special event qsl card. We will also have a live stream on the original WORLD AMATEUR RADIO DAY YouTube channel.

PAUL/ANCHOR: Speaking of the IARU, it’s almost time to mark its 96th anniversary. The worldwide celebration includes this one happening on Echolink. Kevin Trotman N5PRE tells us about it.

KEVIN: Like the International Amateur Radio Union itself, one net celebrating the IARU’s founding has undergone plenty of changes since its inception. The net began modestly on EchoLink in 2015 when John DeRycke (Duh Rikey) W2JLD said he noticed there were no celebrations being held in that mode to mark the IARU’s founding in Paris in 1925. It has grown in subsequent years to include other modes and extended hours of operation. This year’s net will span 16 hours with 10 to 12 net controllers from around the world and the special event call sign W7W. Hams will be checking in on the ROC-HAM EchoLink conference node 531091 and on AllStar 2585. Other conferences will be linked in including the *DODROPIN* Node 355800, *WALES* Node 485040 and the South Wales Digital Group node 676659. Users of DMR and the Hamshack Hotline will also be able to check in.

For full details of the celebration visit the QRZ page for W7W and to view the QSL card marking the event.

This 16 hour net will be from 9am Eastern, April 18th to 1am Eastern, April 19th. This is the first time we will be doing a 16 hour net. As always we will have a special event QSL Card that you can obtain via a S.A.S.E. If you are getting more than one qsl card make sure you adhere the proper postage to your S.A.S.E.

We do also international request, so don’t be afraid to ask for a card, and I don’t think I need to draw a picture of how to do a self addressed stamped envelope. The ham radio community that I know is intelligent enough to know how. There are more than enough special event qsl cards to go around so check in with each net controllers and get a card. Remember if you are getting more than one card please ensure you have proper postage on your S.AS.E.

If you do not want to use the S.A.S.E. option you can donate $5.00 USD to cover postage and handling to my PayPal account at dmotorsports@gmail.com.

If you are using the Paypal method and are looking to get more that one qsl card please add 2.00$ to cover additional postage and handling.

The *ROC-HAM* EchoLink Conference Server has been given authorization for the 6th straight year from the IARU and ARRL for this on the air celebration. “The IARU has endorsed the WORLD AMATEUR RADIO DAY celebration with W2JLD for 6 years, and will continue to support this special event. Keep up the fine work you do for amateur radio”

UPDATE – APRIL 22, 2021 – Well you guys did it again for the 6th straight you have shown that this special has made a mark on the ham radio community that i know.

Even with the Covid virus, you have shown that you enjoyed WORLD AMATEUR RADIO DAY 2021 on the ROC-HAM conference.

Here are some stats for this event:

Thank you so very much for making this a huge success and making this the LARGEST special event on the VOIP system…you guys ROC!!!!!!

How we can celebrate this event?

It started in 2015 when W2JLD/John just got his license and he did his first WARD event on another Echolink/VOIP Conference, while it was in its infancy, it never the less was a way to celebrate not only what APRIL 18TH means, but it was a way show what we do on amateur radio. Who would ever think that this would be a regular event and how much it has grown to become one of the flagship special events on the Echolink/VOIP System and now has a permanent home on the Echolink/VOIP *ROC-HAM* Conference node #531091 and on AllStar node #2585

This net will also air on the *DODROPIN* EchoLink node 355800 as well as the *WALES* EchoLink node and the *SWDG* EchoLink node. If you would like to connect for this special event please connect via the *ROC-HAM* Conference, that conference can handle up to 500 connections.

Be sure to look us up on YouTube channel “WORLD AMATEUR RADIO DAY“, We will have the entire audio stream for this special event

While 2021 will mark our 6th anniversary of this event, it also shows how much we as a group of like minded individuals who have made this hobby what it is today.

The 2020 event, We recorded over 495 check ins, 27 International stations, 18 countries, 200 new check ins. The net lasted 12 hours and 15 minutes, with 10 net controllers . We had over 225 QSL card request. We were happy to announce that last year’s net was the LARGEST SPECIAL event on VOIP/ECHOLINK.

As Special event coordinator for this event none of this could have possible if not for the over 400 check ins and the 10 great net controllers who took time out of their day and contributed time for this event.

*ROC-HAM* Conference node #531091 today announced that for the 6th straight year, we will be participating in WORLD AMATEUR RADIO DAY on APRIL 18TH, 2021.

Join us as we celebrate the 96th year of the formation of the I.A.R.U in Paris, France in 1925, Since 1925, the International Amateur Radio Union (IARU) has been the watchdog and spokesman for the world Amateur Radio community. All licensed radio amateurs benefit from the work of the IARU, whether or not they are members of their national IARU member-society. But every licensed radio amateur should be a member. “Only by combining our efforts in this way can we ensure the future health of Amateur Radio, for ourselves and for future generations”.

The IARU Administrative Council has chosen “Amateur Radio: Home but Never Alone” as the theme for World Amateur Radio Day, Sunday, 18 April 2021. Faced with a pandemic that forced the adoption of extreme physical isolation to reduce the spread of the virus, the worldwide amateur radio community responded positively to overcome the resulting social isolation. In the days and weeks following the onset of the pandemic radio amateurs reached out spontaneously to one another via the airwaves at the local, national, and global levels. Local “wellness nets” provided friendly voices and regular status checks to those, especially the elderly, who are confined to their homes. “Stay safe” special event stations in dozens of countries reminded us all of the importance of limiting the spread of the virus. On-the-air activity was at an unprecedented level throughout the remainder of 2020, with record-breaking numbers of entries in the major contests.

Special event qsl Card will be available via S.A.S.E. or send 5$ for postage and handling to my PayPal account: dmotorsports@gmail.com

In 2021 we are proud to announce we will have a special event call sign “W7W” has been secured for this event. As well as we will have a commemorative special event “WORLD AMATEUR RADIO DAY 2021” QSL Card. We will have a 16 hour net with 8 different net controllers from all over the world, from 9am est. April 18th till 1am est April 19th.(1300 UTC- 0400 UTC)

In 2022 we are proud to announce that we have secured our original “W2W” Special event call sign, so make sure you stop by in 2022 and again help us celebrate WORLD AMATEUR RADIO DAY.